One Place. One Day. The Future of Ohio.

With the fate of the nation hanging in the balance, all eyes are on the Ohio Senate and Governor's races.  Never before have you had the opportunity to see all candidate in one place on one day!
The format will be simple.  All candidates will have 25 minutes on stage and will be required to spend at least 10 of those minutes answering questions from the live audience of hundreds of Republican voters (don't worry, online-only tickets are available too!).  In addition to Ohio candidates, you will have the special honor of hearing from the "Trumpiest Congressman" Matt Gaetz, one of the most recognized and influential voices in modern American conservatism, Candace Owens as well as national second amendment advocate and a rising conservative star, Colorado Congresswoman Lauren Boebert!

This is sure to be an amazing day -- get your questions ready! 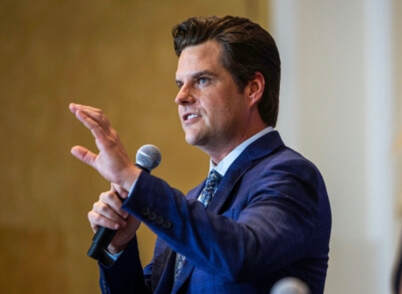 During his first term in Congress, Matt helped pass the landmark Tax Cuts and Jobs Act which provided a much-deserved tax cut to millions of American families and businesses. Matt is also leading the fight to expose corruption in the FBI, the Justice Department, and the Clinton Foundation, regularly appearing on cable news to bring accountability to our government and defend the Trump administration.
​
Matt has been a tireless defender of President Trump and his vision for the United States. He has earned nicknames such as the “Trumpiest Congressman in Trump’s Washington” by GQ magazine and “the Trumpiest Congressman” by Rollin Stone, which he considers badges of honor.

Matt has authored key pieces of legislation on foreign policy, veterans’ health care, immigration, climate change, and more during his nearly four years in office. In 2019, Matt introduced the “Green Real Deal,” a plan to address climate change by harnessing the power of free markets, embracing technological innovation and entrepreneurship, and cutting excessive governmental red tape. In 2020, he introduced the “PANDEMIC Act,” which mandates the deportation of all illegal aliens held in the United States when a national emergency related to a communicable disease is declared, and in 2020 he authored the “Ainsworth Act,” which allows centenarian military veterans to qualify for full pension benefits from the Department of Veterans’ Affairs regardless of their net worth.
​ 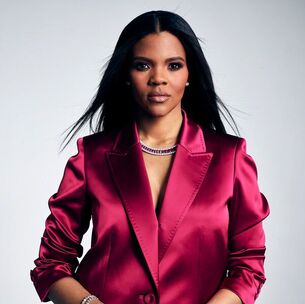 ​Candace Owens is one of the most recognized and influential voices in modern American conservatism. She is a bestselling author, political & cultural commentator, businesswoman and the co-founder and President of the BLEXIT Foundation, a charitable organization dedicated to driving conservative principles into urban minority communities in the United States.

Her New York Times bestselling book ‘Blackout: How Black America can make its second escape from the Democrat Plantation’, released in 2020, achieved bestseller status within the first week and has gone on to sell hundreds of thousands copies across the world.

She launched the BLEXIT Foundation in 2018 with the aim of taking conservative American values into communities that have been worst affected by government dependency, particularly inner-city minority neighborhoods. Since then, BLEXIT Foundation has founded over thirty state chapters and hosted tens of thousands minority Americans at events across the United States.

With a combined social media presence of over 11 million followers, hundreds of media interviews, two Congressional committee testimonies, speeches at over 60 American and International Universities as well as speeches at events all across the United States & Europe, she has become known as one of the most strident commentators in the modern political and cultural sphere.

Prior to her entrepreneurial pursuits she was Communications Director for the student advocacy group, Turning Point USA and worked at a private equity firm in Manhattan, serving as Vice-President to their administration. She attended the University of Rhode Island and took executive training courses at the NYU Stern School of Business.

Lauren became the first mom to represent Colorado’s Third District in Congress after unseating a five-term incumbent Congressman and then, despite being outspent nearly 2-1, defeated her Democrat opponent on November 3rd, 2020. Lauren’s historic victory showed that no amount of money can beat good, old-fashioned grassroots enthusiasm and hard work.

Lauren is the founder, owner, and operator of Shooters Grill, a restaurant that earned national notoriety for staff that proudly open carry as they serve their customers. She gained additional recognition in September 2019 by attending presidential candidate Beto O’Rourke’s rally to tell him directly: “Hell, no, you won’t take our guns.”

When Colorado’s liberal Democrat Governor tried to shut down small businesses across the state, it was Lauren who stood against tyranny and kept her business open. They operated safely and took every precaution to keep her staff and her patrons healthy. Because of this, Lauren’s staff was able to continue making their hard-earned money and weren’t sent to the unemployment line. Lauren will ALWAYS fight for small businesses.​
​
Lauren Boebert RIPS Pelosi in new video
https://www.youtube.com/watch?v=CiKOACG98Zg

We are all Donald Trump. Rep. Lauren Boebert with Sebastian Gorka on AMERICA First
https://rumble.com/vcvilv-we-are-all-donald-trump.-rep.-lauren-boebert-with-sebastian-gorka-on-americ.html

The Strongsville GOP is the largest grassroots GOP organization in the State of Ohio.  In 2020, we hosted in person events attracting nearly 5,000 attendees in support of the campaign to re-election President Donald J. Trump and other local candidates.  We are dedicated to informing voters of issues important to the Strongsville community, the County, the State and the Country. Throughout the year we discuss, share in forum setting, and promote candidates who​ will work for good government and America First policies.  Our membership is made up of Republican voters living in Strongsville and several surrounding communities.  We are lead solely by a dedicated group of volunteer leaders.